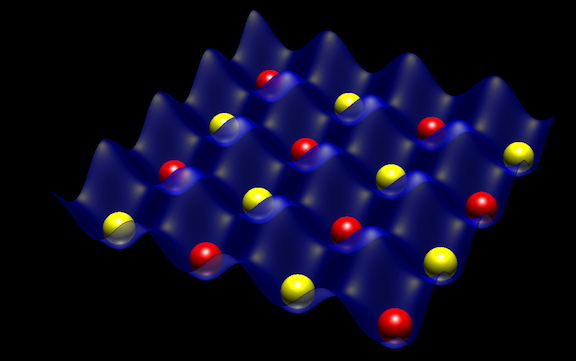 Physicists at Rice University now have a better understanding of spin-charge separation because to the installation of a quantum simulator.

The findings of this study have ramifications for electronics and quantum computing using cables the size of atoms.

Subatomic electrons, according to material science, are indistinguishable from one another and so cannot be torn apart. While this is the case, quantum physics mandates that charge and spin flow at different rates in one-dimensional wires.

One method used to verify this was an ultracold venue built by Rice University physics professors, who worked with theorists from across the world to see and photograph a pristine rendition of a quantum spectacle over and over.

It is the purpose of quantum simulators to use the qualities of actual things such as ions or molecules to tackle issues that are impossible or extremely difficult to solve with traditional computers.

In the meanwhile, the Rice University charge simulator substitutes lithium atoms for electrons and a laser beam for a 1D electronic wire.

Heat from the universe is said to interfere with atoms’ quantum activity, according to scientists. Researchers employed laser cooling to generate lithium atoms 1 million times colder than the coldest natural item in the universe in order to better understand quantum processes in the material. A 1D light channel or optical waveguide was also produced by other lasers in addition to this.

Electrons are antisocial particles that do not occupy the same place as one another. Spin-charge separation is a manifestation of this mutual hatred in 1D, and it’s important to note. About 60 years ago, a physicist came up with a theoretical formulation. These properties are notoriously difficult to assess in electronic components.