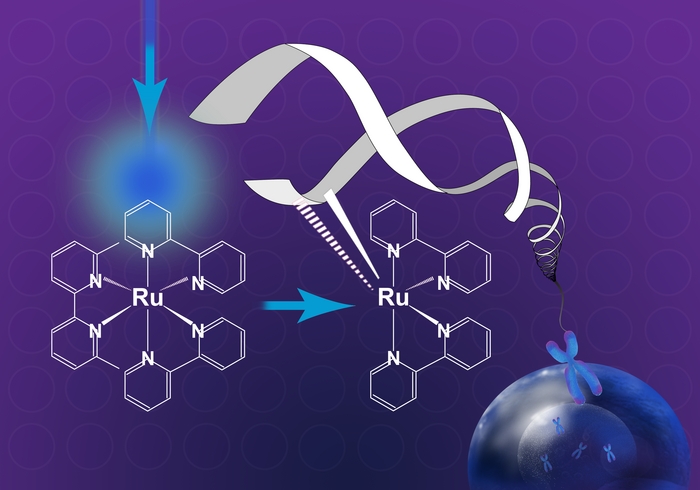 Clinical successes in cancer treatment can be directly attributed to the discovery of cisplatin’s anticancer capabilities. Nevertheless, cisplatin has drawbacks including general toxicity. Its mechanism of action is the root cause of this problem because it kills both cancerous and healthy cells. The development of cancer medicines with high selectivity represents a significant area of study. In this light, organometallic compounds with an electron deficit are promising prospects. Their lack of water solubility limits their distribution in a living body, despite their frequently excellent potency and selectivity against in vitro cancer models.

Researchers at the University of Bradford in the United Kingdom and the Université Paris-Saclay in France modified the electron-deficient ruthenium complex [(6-p-cymene)Ru(Mnt)] (Mnt = maleonitriledithiolate) with phosphine ligands to obtain water-soluble and highly potent molecules with anticancer activities. Below is a photo of the five maleonitriledithiolate-based ruthenium complexes that the scientists produced utilising a variety of phosphine ligands, including four water-soluble phosphines and triphenylphosphine as a hydrophobic control. [(6-p-cymene)Ru(Mnt)] and the appropriate phosphine ligands were used in the synthesis of the complexes.

The cytotoxicity of the complexes was tested in vitro against three cell lines: two ovarian, one non-small-cell lung cancer, and one normal prostate. When compared to the electron-deficient precursor complex, the cytotoxicity of the combination containing triphenylphosphine-3,3′,3″-trisulfonic acid trisodium salt (TPPTS) was equal to that of the triphenylphosphine complex alone. Both of these complexes were more effective against ovarian cancer cells than normal cells. Evaluation in mice showed low toxicity in vivo and promising antitumor effects.

See also  By 2028, The Wireless Health Market Was Predicted To Be Worth USD 343.45 Billion
News